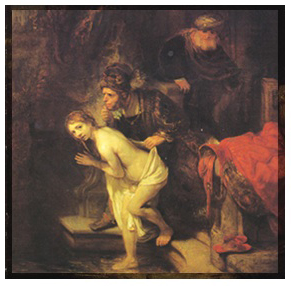 The heart of the city is a body of work prompted by the outbreak of the Gulf War in 1991. Against strong international protests decrying military aggression for economic concerns – “no blood for oil”, the United States Air Force launched an extensive aerial bombing of major cities and targets in Iraq and Kuwait on the 17th of January at 0.40 am. The war, which cost more than 40,000 lives, not to mention the heavy casualties and severe destruction of Iraqi and Kuwaiti infrastructures, was marked by the live broadcasts from the front and CNN’s video coverage from on board the bombers, earning it the nickname ‘the Video Game War’. The Gulf War deployed the largest military alliance since world war two. 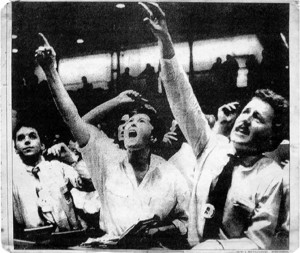 Wall Street crash, 1987
Time Magazine
On the day of the outbreak I took out a photo, which had made an impression on me during the Wall Street crash back in 1987. I photocopied it 100 times and, working the copies, produced the collage “17th January, 1991, 0.40 am”. 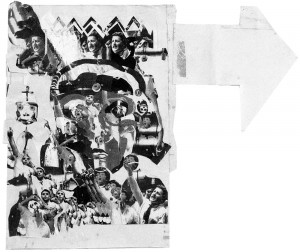 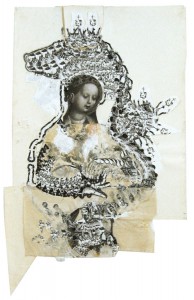 The incidental birth and death of a soldier 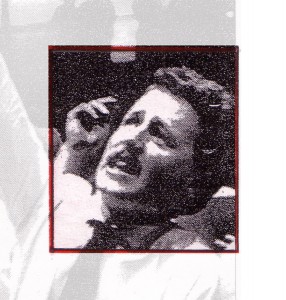 At a major Rembrandt retrospective in Berlin at the time, I was particularly struck by ‘Suzannah and the Elders’, a painting depicting possibly the first attempted rape scene documented in western history. In light of the popular compelling fascination of somewhat glorifying war film footage – the CNN video coverage had become almost imperative social divertissement, this subject seemed to me to be particularly apt.

Going back to the original Wall Street crash photo, I chose a small section of it, enlarged it, photocopied it 100 times and reworked the copies, coming up with ‘the Elders’. 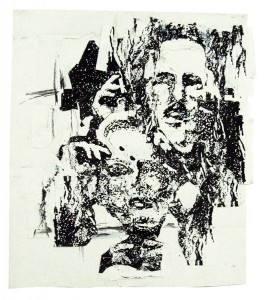 „the Elders“
75 x 90 cm
This image of ‘The elders’ I also photocopied 100 times. These were worked to expand and explore the content, resulting in16 drawings and 6 text-drawings. 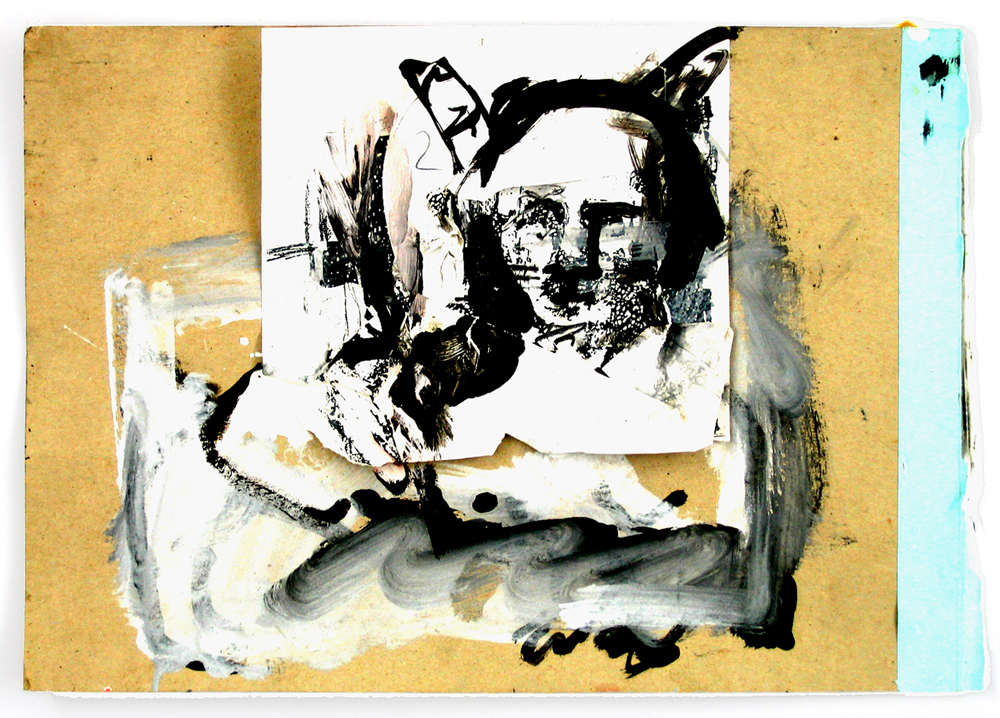 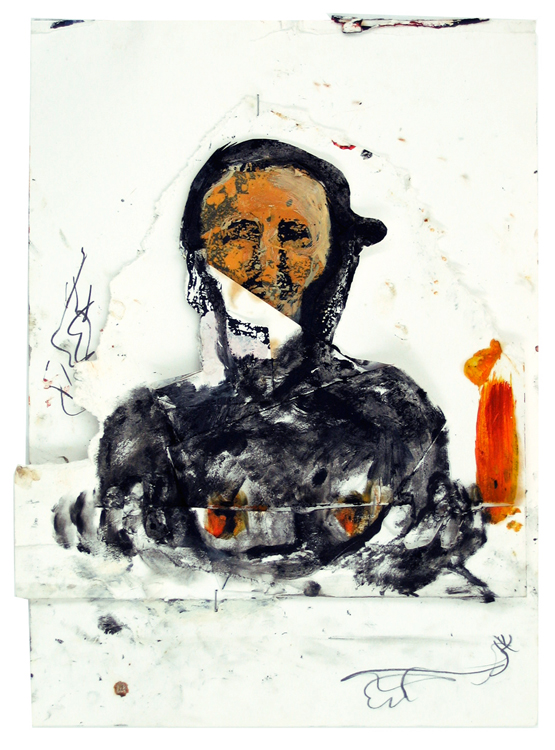 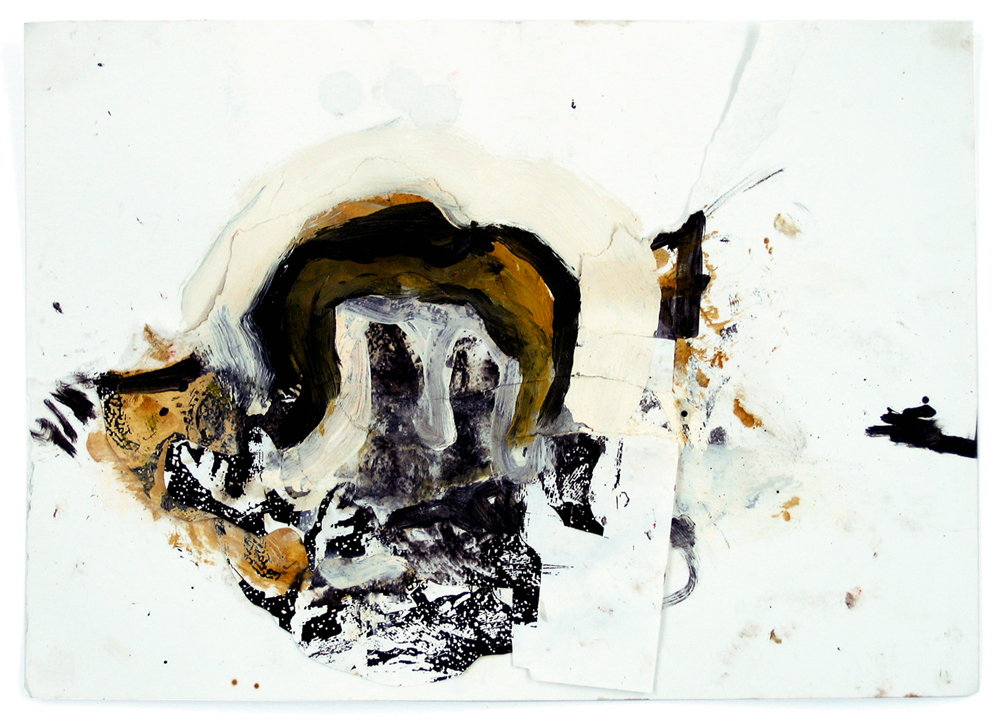 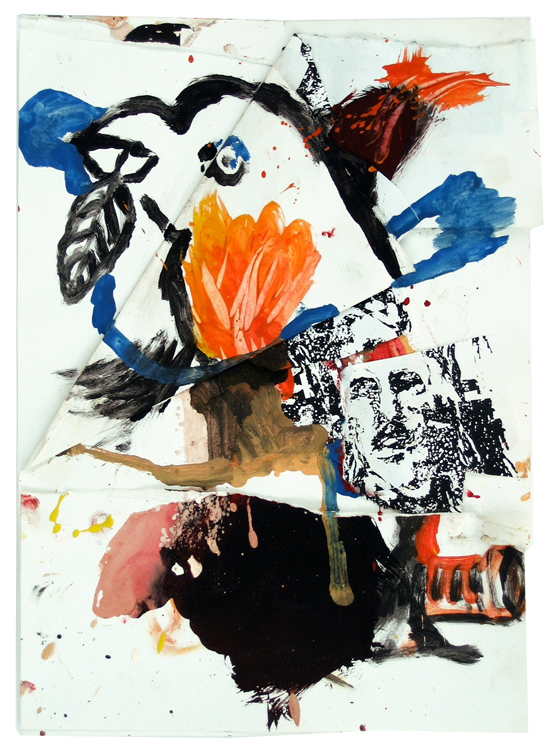 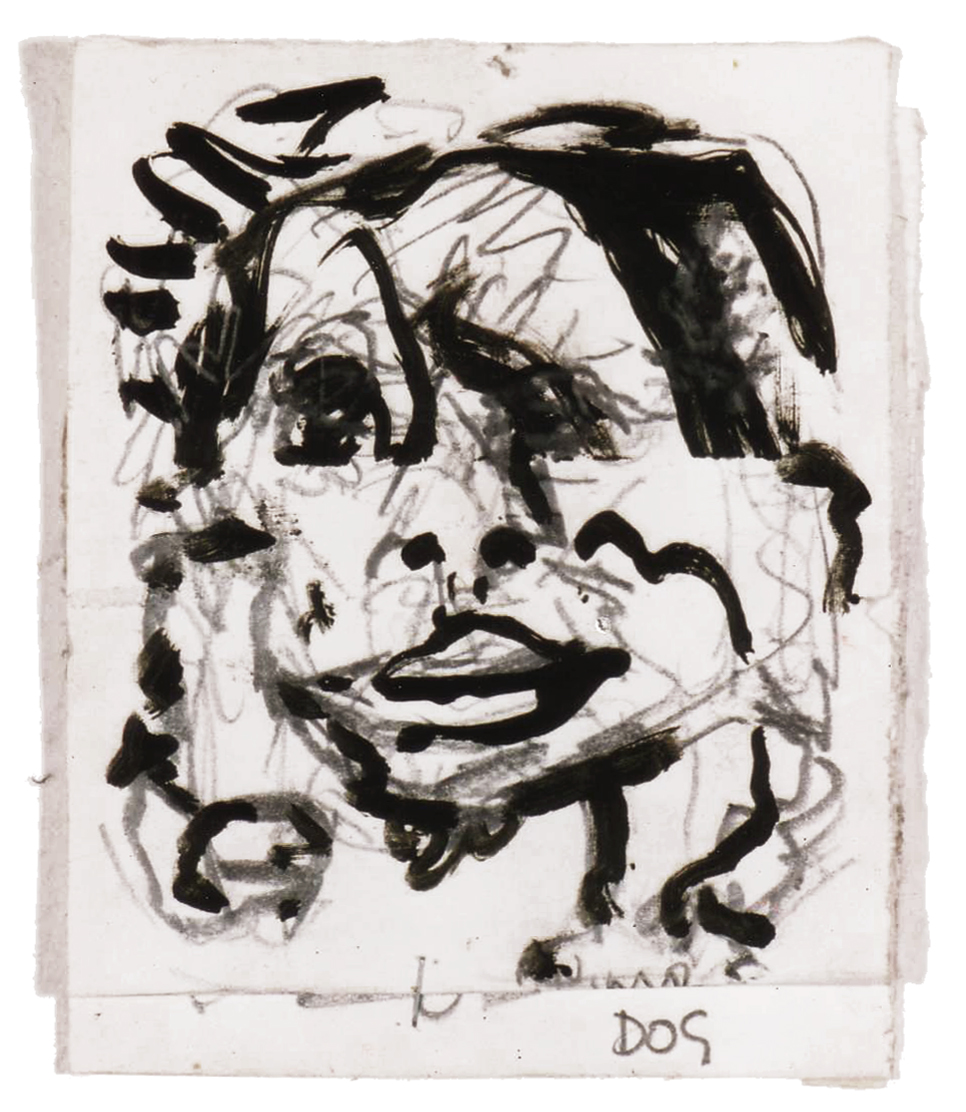 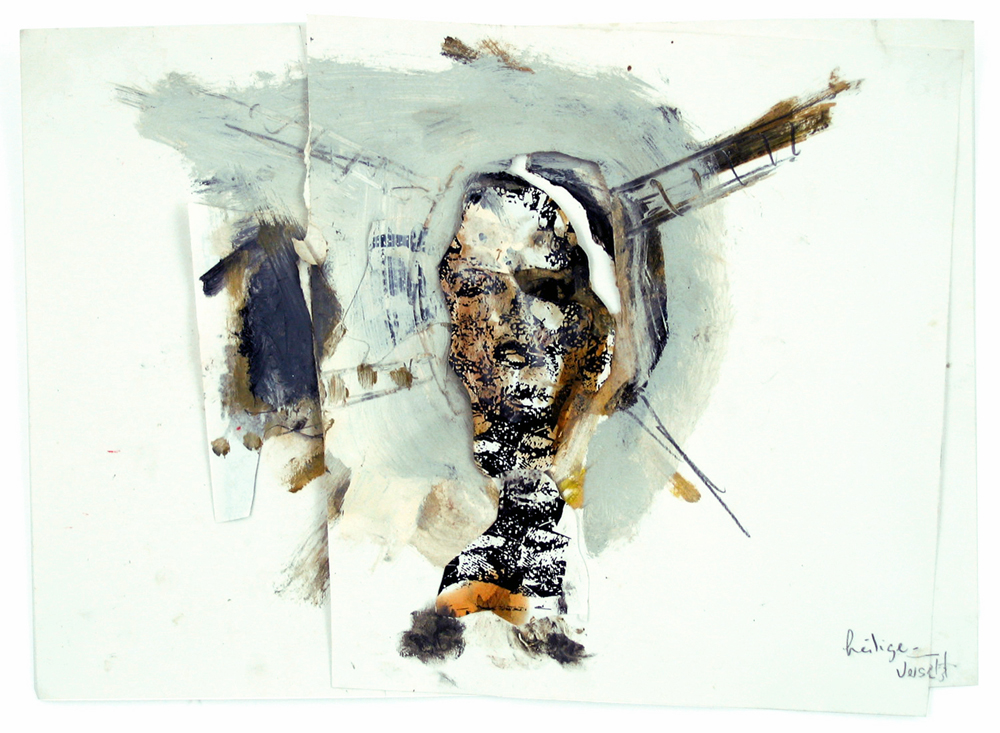 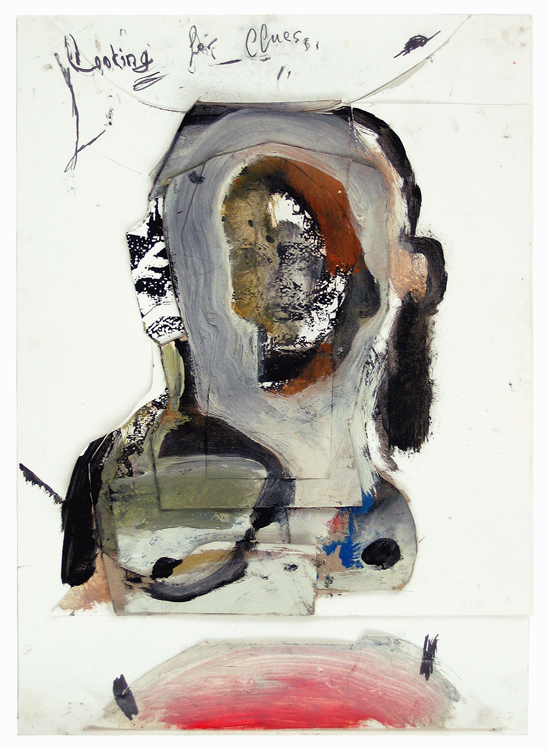 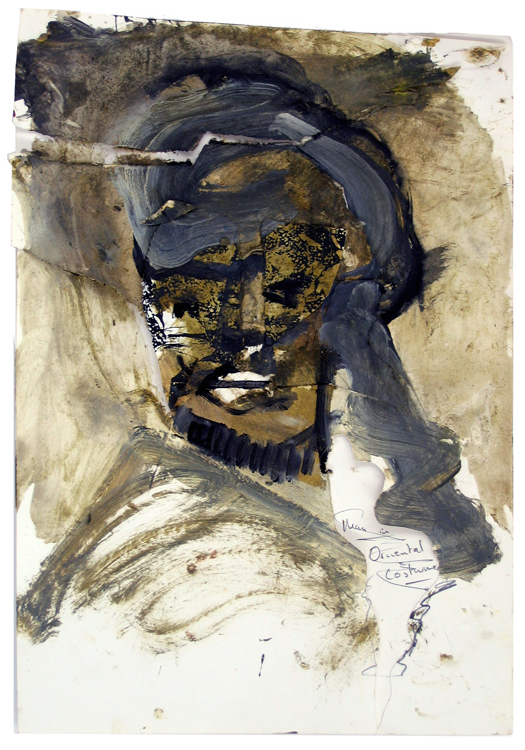 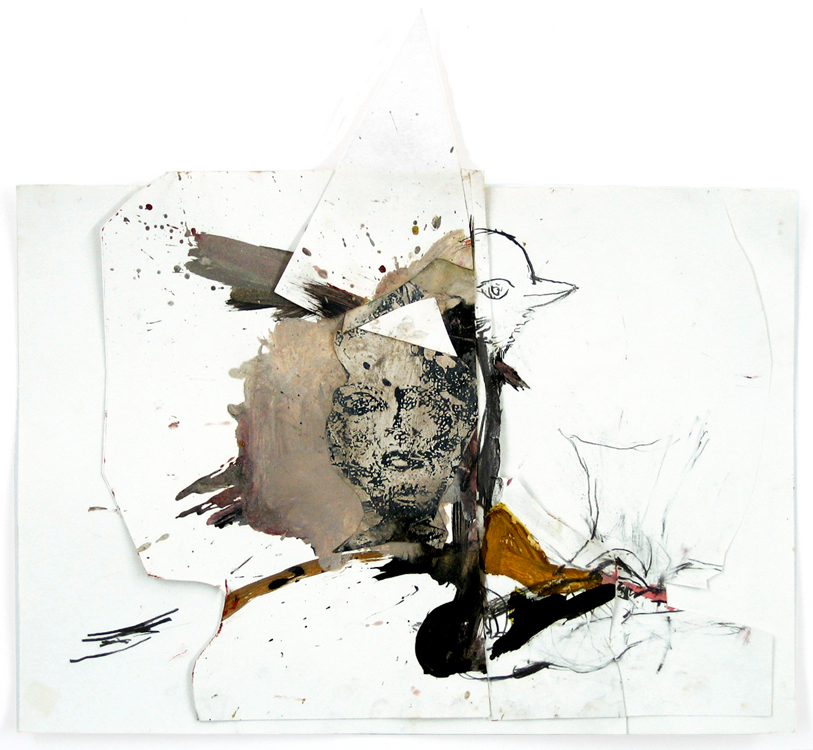 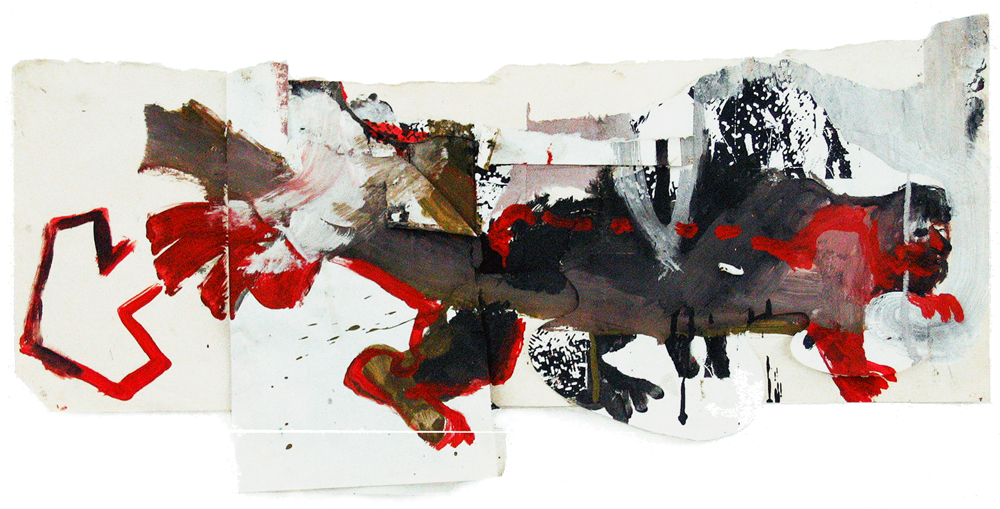 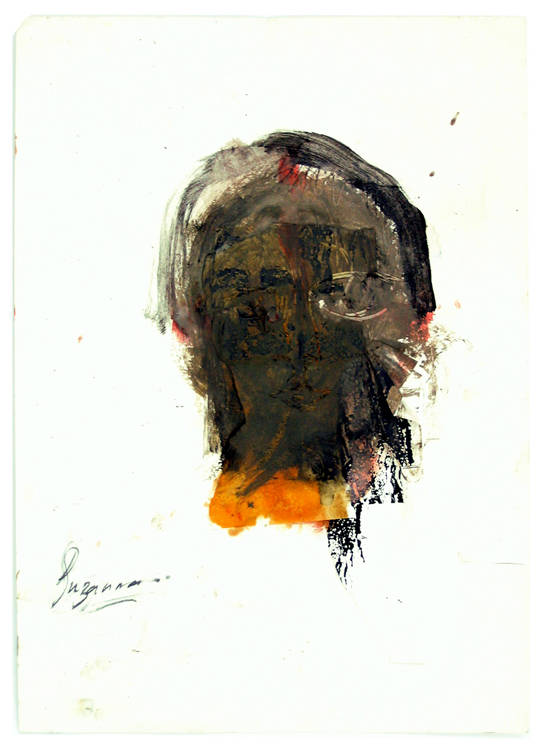 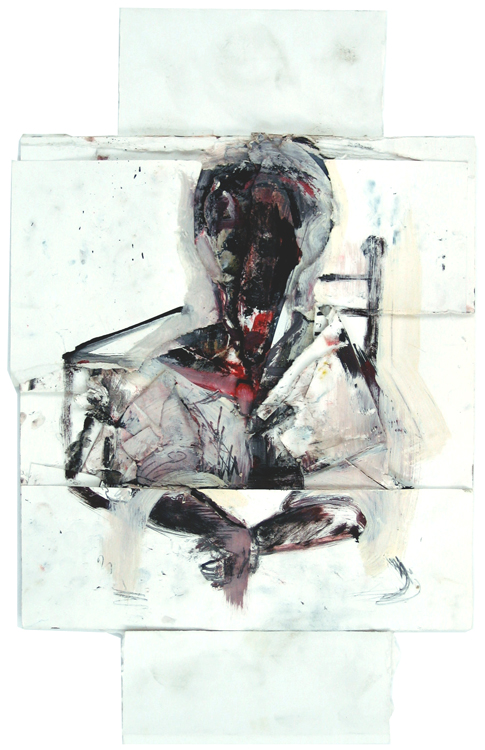 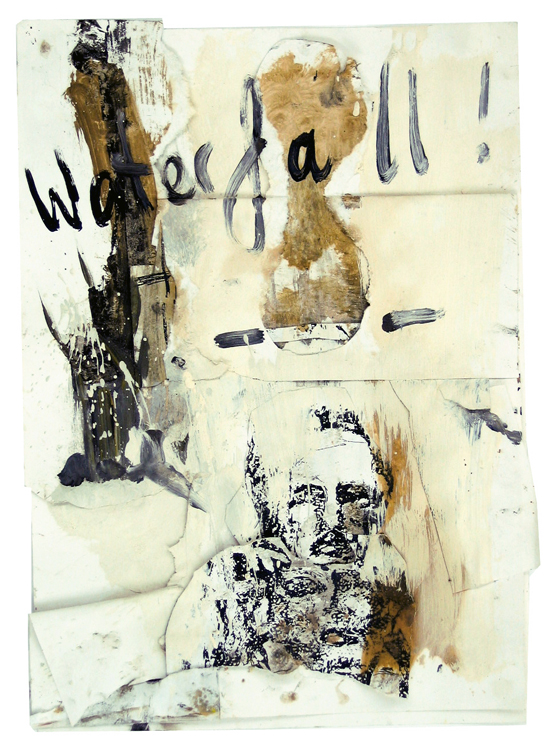 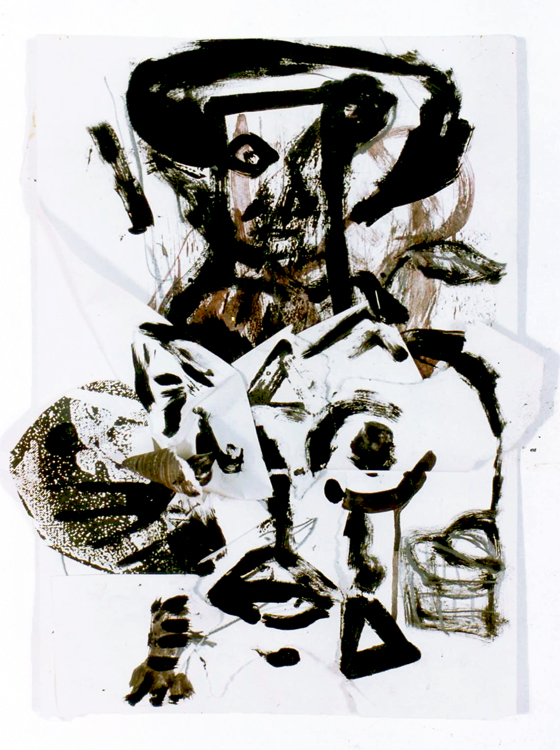 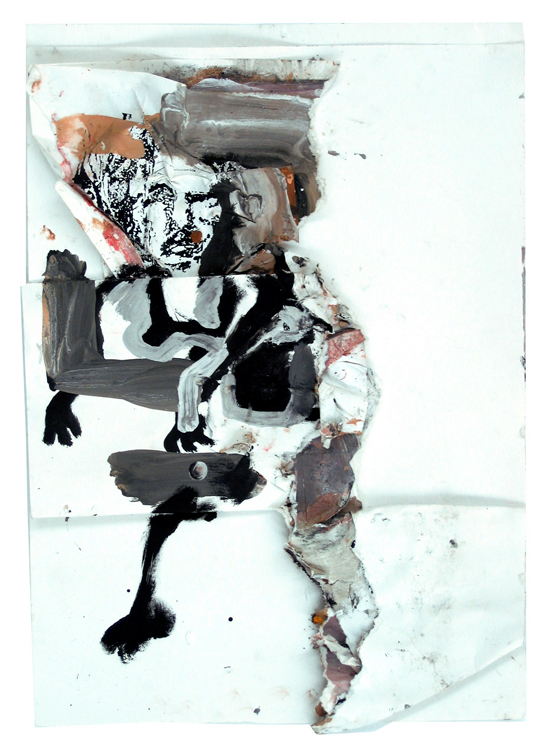 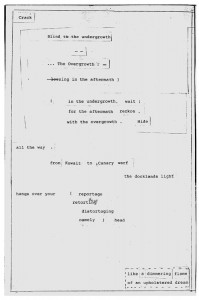 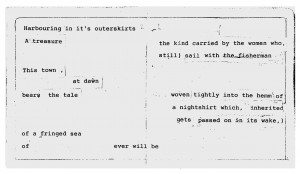 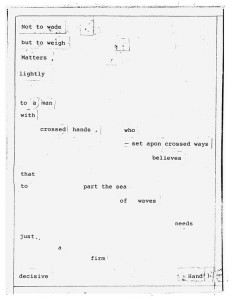 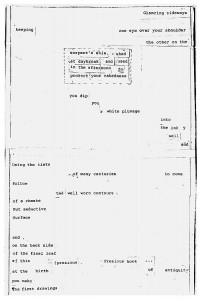 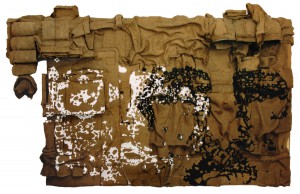 My original intention was to produce a piece of work, a ‘Cloth for Susannah’. It was my working title. It was to be a simple discourse on ‘imposition and expectation’, a prevalent subject in the production of imagery, with regard to its intention and effects. But as my understanding of the subject matter and its content developed, this piece also took on shape. After 1 ½ years it received the title ‘Heart of the City, Berlin 1991 – 1992’. The black and white paint, markings on sackcloth, was a self-made, instable emulsion made of oil and water.